Labiatory music #1...way more metal than you, way more punk than me... 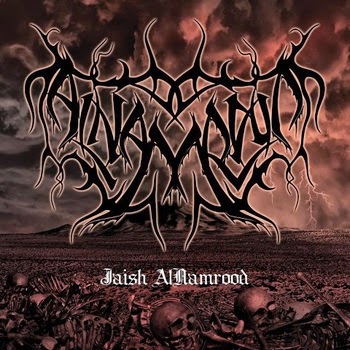 Vice isn't a webiste I visit that much, though, I have now found myself there twice in a month. First, this interview set off a crazy spike over 24 hours of viewing of one of our films online. Then, whilst checking out a website I do visit, I found out about Al Namrood. They both have links to the subject of execution - Thanateros sells and comes to us all -  funny it's done on both occasions by governments..

The idea of having to write anyonmously, never play a gig, nah, never even admit to those closest to you, you may be a metaler - wow. It makes my contempt for the middleclass, honky, holier-than-thou type attitudes
about our oppressive State and system even greater.

Tales from the land of Ur and beyond, Al Namrood's distorted arabic scales all given within a true battle of kicking against the pricks have a great deal of attraction to us down at The Labiatory.
Keep on truckin' motherfuckers! xx