The rise of the right is easy to explain when you still murder in the name of The State. Ten years ago today I was in Texas for the execution of John Joe Amador aka Ash.
One of our execution party was going to do a death mask of Ash after he was killed. A short time before they snuffed him out, we spoke on the phone. Ash said that a death mask was what was done for kings and queens and was honoured by the action.

The beauty to be found in this abominable tale was that his mask did indeed, end up with kings and queens in the V&A museum. The power of art in catharsis must never be underestimated.

As a celebration of Ash, Khristian Oliver and every other poor fucker that has been on death row, anarchistwood present The Nasty Album - 402 edition. Limited to twenty three copies, includes art print and a DVD copy of our award winning documentary 402. All profits to go the the law and human rights charity - Reprieve. 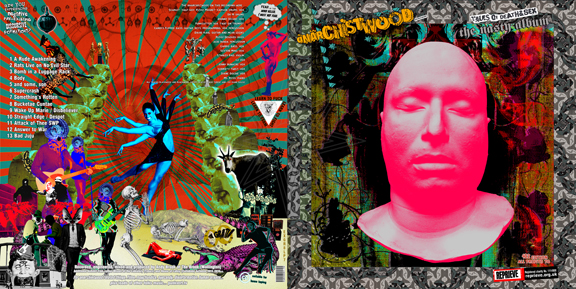